Strange But True Facts About Men, Women and Relationships 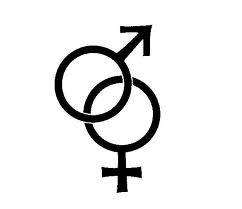 Couples usually wait until six to eight dates before they are willing to enter into an exclusive relationship.

40% of women would consider dumping a boyfriend if her friends didn’t like him.

It takes 1 hour for a woman to determine whether or not she wants to date a man again. A man decides in 15 minutes

What is known as a French Kiss in the English speaking world is called an English Kiss in France.

Studies indicate that a man who kisses his wife goodbye when he leaves for work averages a higher income than the guy who doesn’t.

Wednesday is the best day for a first date according to a survey of singles.

The average man sees five women a day with whom he would like to sleep with.

50% of men claim they would feel comfortable if their girlfriend had a lesbian lover.

In an argument with your partner, when your heart rate goes over 100 beats per minute, you are incapable of hearing what your partner is trying to tell you.

Only 10% of people who leave their marriage end up marrying the person with whom they had an affair.

The most common time for breakups is around three to five months.

When the weather turns cold, so do many relationships.  It's called the "relationship freeze" as many couples break up, or decide to around the holidays.  Divorce attorneys see an uptick in business in January, immediately following the holiday season.

On average, it takes between 12 to 14 dates before couples will trade house keys.

One in three teenagers have experienced violence in a dating relationship.

Women who post a photo on Internet dating sites receive twice as many email messages as women who don’t.

Match.com reports that 44% of its members in the United States have children.

On free dating sites, at least 10% of new accounts are from scammers.

Thirty-three percent of online daters form a relationship, 33% do not, and 33% give up.

Studies show that women are attracted to men in blue.

Researchers at the University of Chicago found that people were twice as likely to find a date through friends and family than through the bar scene.

Four out of 10 workplace dating relationships result in marriage.

Psychologists  found that during speed dating, most people make a decision regarding a person’s attraction within three seconds of meeting.

Dating specialists suggest waiting until the third date to cook someone dinner at home.

Nearly 40% of men do not feel confident meeting a woman for the first time.

Studies show that schools, colleges, coffee shops, and malls are all excellent places to flirt because people are more open to meeting others in these places. Poor locations are restaurants and movie theaters.

Studies show that before a man even speaks a word, the way he stands (whether he is slouching or not) counts for over 80% of woman’s first impression.

One of the biggest turn-offs during a date is negativity.

Studies show that men are put off by groups of loud women. If a woman wants to get a date, she should break away from a loud group to give a man a chance to approach her.

If you want to create an instant link with a date, say his or her name at least twice in the conversation. This shows attentiveness and connectiveness.

When a man first approaches a woman, she will base 55% of her initial impression of him on his appearance and body language, 38% on his style of speaking, and 7% on what he actually says.

If a group of women are standing together but their eyes are wandering, they are likely to be looking for guys. If they each take a turn to break away from the group to head to the bathroom alone, they are on the prowl. If they are huddled together giggling, they are usually not interested in finding men.

If a woman is interested in her date, she will often smile at his jokes, play with her hair, fidget with an object such as a glass, blush when he pays her a compliment, pout or pucker her mouth, stumble over words, or lean in towards him.

Signs that a woman is not interested in her date include avoiding eye contact, faking a smile or not smiling, leaning away, answering in monosyllables, sagging her shoulders, looking at her watch, tapping her foot, or staring blankly.

Beautiful women typically get more stares, winks, and harassment than average-looking women do, but they are also less likely to get asked out by average-looking men because those men tend to be intimated by them.

Typically, the ideal time to wait to call is two to four days, though no longer than four to five days. Calling too soon can appear desperate.

Worst places to go on first date include fast-food restaurants, your kids’ birthday party or school play, your parents’ house, strip clubs, X-rated films or swingers parties, a party where your ex will be, church activities, or window shopping.

Choosing exciting places for a first date increases the chances of the other person falling for you. There is a definitive link between danger and physical/romantic attraction.

Dating specialists suggest that if a woman doesn’t return a call after two messages, she is not interested.

Twenty-nine percent of Americans have had sex on the first date.

On average, daters will kiss on the second date.

If a woman offers to pay for everything, chances are she isn’t that into the date.

Statistics show that trying to get a relationship to work with an ex doesn’t usually work.

A woman can increase the likelihood of a man approaching her if she uncrosses her arms, makes subtle eye contact, and smiles.

eHarmony.com claims that 236 of its members marry each day, accounting for 2% of U.S. marriages.

Over 50% of all singles in America have not had a date in more than two years.

Five types of women that men tend to avoid are serial flirters, someone who talks about marriage too soon, clingy women, the party-girl, and a woman who talks too much or is drama queen.

Four common date blunders include showing up late, talking about yourself too much, revealing too much about your ex, and an obvious over-eagerness.

A man’s top dating fears include that a woman will come between him and his friends, won’t allow him free time, will turn out to be a stalker, won’t respect him, or will be too high maintenance

Five common signs a man may be cheating in a relationship are that he accuses his partner of cheating, he’s extremely vague, he seems to be compensating by acting extra nice for no reason, he’s always at work, and his partner's friends drop her hints.

Bar counters are curved so other customers can easily “check out” other customers. Bars also purposely place mirrors to help create a larger sense of place and to allow a person to scope out other people behind them.

Signs that a man is about to break up with a woman include that he spends less time with her, he is no longer romantic, passionate kissing turns into quick pecks (particularly no kiss during sex), he fantasizes about someone else during sex, he pats her during a hug, and he tries to start fights.