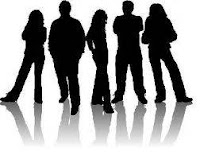 Do you have teenaged kids?  The teenage years are tough ones!  You might know some of these facts.  Then again, you might not!

Over 70 percent of girls age 15 to 17 avoid normal daily activities, such as attending school, when they feel bad about their looks.

About 20 percent of teens will experience depression before they reach adulthood.

The top wish among all teen girls is for their parents to communicate better with them!

7 in 10 girls believe that they are not good enough or don’t measure up in some way, including their looks, performance in school and relationships with friends and family members.

A girl’s self-esteem is more strongly related to how she views her own body shape and body weight, than how much she actually weighs.

Young people who drink alcohol are 50 times more likely to use cocaine than teens who never drink.

About 64 percent of teens surveyed who have abused pain relievers say they got them from friends or relatives.

In 2012, 15 percent of high school seniors used prescription drugs. However, 35 percent feel regular use is risky.

Around 28 percent of teens know a friend or classmate who has used ecstasy, with 17 percent knowing more than one user.

Teens whose parents talk to them regularly about the dangers of drugs are 42 percent less likely to use drugs than those whose parents don't. However, only a quarter of teens report having these conversations.

About one in five ninth graders report having oral sex and almost one third said they intend to try it during the next six months, a small study of teens at two California schools report.

On average, young people have sex for the first time at about age 17.

Approximately 1 million teenagers every year become pregnant. Up to 95 % of those pregnancies were unplanned and unwanted.

Some states are beginning to collect child support from the parents of non-custodial teenagers who produce children prior to becoming an adult.

Teenage pregnancy rates are directly related to the income and education level of the teenager's family. Almost half of the girls living in poverty will become pregnant before becoming an adult.

For every sexually active teenager, one in four will get an STD within one year.

European teens are more likely than U.S. teens to use contraceptives generally and to use the most effective methods; they therefore have substantially lower pregnancy rates.